For years, Bernie Madoff was a well-respected leader of the investment community, a giant to anyone that followed Wall Street.

But in 2008, he went from master financier to household name when he was arrested and his empire was revealed to be the biggest Ponzi scheme in history.

It’s been 10 full years since Madoff’s arrest, but people are still sorting through the aftermath of his dealings and Madoff’s story still serves as a salient lesson for investors today.

The story of Bernie Madoff

Tuesday, Dec. 11 is the 10th anniversary of Madoff’s arrest. After being charged with securities fraud, Madoff quickly posted bail and was put under house arrest. By March 2009, he had pled guilty to eleven different felony charges, including money laundering, perjury, fraud, and filing false documents with the U.S. Securities and Exchange Commission. Madoff was sentenced in June 2009 to 150 years in prison, where he remains to this day, at the age of 80. 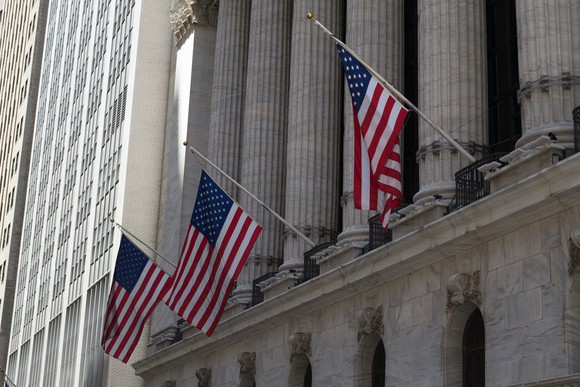 While that’s where most people picked up his story, Madoff’s early career gave little foreshadowing for what he would eventually do.

In the 1960s, he launched his own securities firm, acting as a market-maker and taking on side duties as an investment advisor. Throughout the 1970s and 1980s, Madoff worked hard to integrate computer technology into market-making activities, and he served as the chair of the National Association of Securities Dealers.

It was in the 1990s that the seeds for Madoff’s fraud were planted. Hedge funds began to grow in popularity during the bull market that decade, and Madoff made connections within the hedge fund community that earned him access to serious capital. As chair of the Nasdaq Stock Market in the early 1990s, he also gained access to connections in Washington and would lobby them for influence.

What exactly is a Ponzi scheme?

Over time, Madoff posted seemingly spectacular returns and was able to use that track record to attract more clients and assets. But in actuality, what he was doing was generating false paperwork to establish those returns and then paying off older investors with the money that new investors were giving him.

That flow of money is the backbone of a Ponzi scheme, named after fraudster Charles Ponzi who famously swindled investors with the method in the 1920s. By making sure new money was always coming in, the scheme allowed early investors to get paid amazing profits — which in turn boosted its popularity and brought even more money from interested new investors.

If it sounds unsustainable, that’s because it is. For Madoff, that fact became increasingly apparent as the U.S. financial system hit its snag in 2008. The financial crisis caused investors to raise cash wherever they could, leading to a rash of redemption requests from Madoff clients, ranging from investment funds and banking institutions to charitable organizations and pension plans. Madoff couldn’t meet those requests, and eventually he had no choice but to give up, confessing to his two sons that the enterprise they had all worked for over the years was essentially a $50 billion fraud.

The aftermath, and 3 lessons for investors

Even now, the Bernie Madoff story is far from over. Irving Picard, who was named trustee in bankruptcy of Madoff’s investment firm, has recovered $13.3 billion since 2009, or roughly 70% of the $19 billion in claims made by defrauded investors. Much of the money has come from early investors in the Ponzi scheme who were not only paid but also profited handsomely due to Madoff’s manufactured returns. Picard’s clawbacks have been controversial, but they’ve ensured that later investors weren’t put at a disadvantage to earlier ones.

Moreover, there are still lessons that investors should take from the episode:

Even 10 years later, Bernie Madoff’s Ponzi scheme is still a painful memory for the investors affected by his fraud. The risks of similar future schemes still exist, but hopefully investors have learned their lessons and will be more careful when they’re pitched a story of incredible returns.